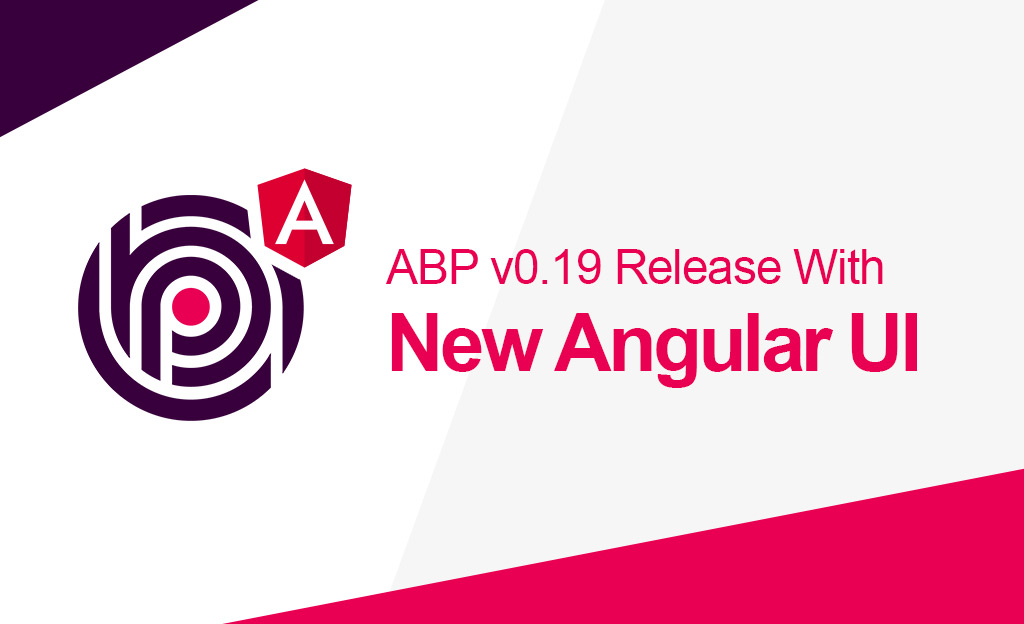 Finally, ABP has a SPA UI option with the latest Angular framework. Angular integration was not simply creating a startup template.

We've created the template, document and infrastructure based on the latest Angular tools and trends:

Angular was the first SPA UI option, but it is not the last. After v1.0 release, we will start to work on a second UI option. Not decided yet, but candidates are Blazor, React and Vue.js. Waiting your feedback. You can thumb up using the following issues:

Widget system allows to define and reuse widgets for ASP.NET Core MVC applications. Widgets may have their own script and style resources and dependencies to 3rd-party libraries which are managed by the ABP framework.

We've solved many bugs and worked on existing features based on the community feedback. See the v0.19 milestone for all the closed issues.

We had decided to wait for ASP.NET Core 3.0 final release. Microsoft has announced to released it at .NET Conf, between 23-25 September.

We have planned to finalize our work and move to ASP.NET Core 3.0 (with preview or RC) before its release. Once Microsoft releases it, we will immediately start to upgrade and test with the final release.

So, you can expect ABP v1.0 to be released in the first half of the October. We are very excited and working hard on it.

You can follow the progress from the GitHub milestones.

We will not add major features until v1.0.

I think angular already covers the "javascript alternative", and that blazor will cover the alternative to those who hate javascript and love c#.

+1 vote for Blazor (Client-Side) as next UI Candidate

Thank you... I really love this.