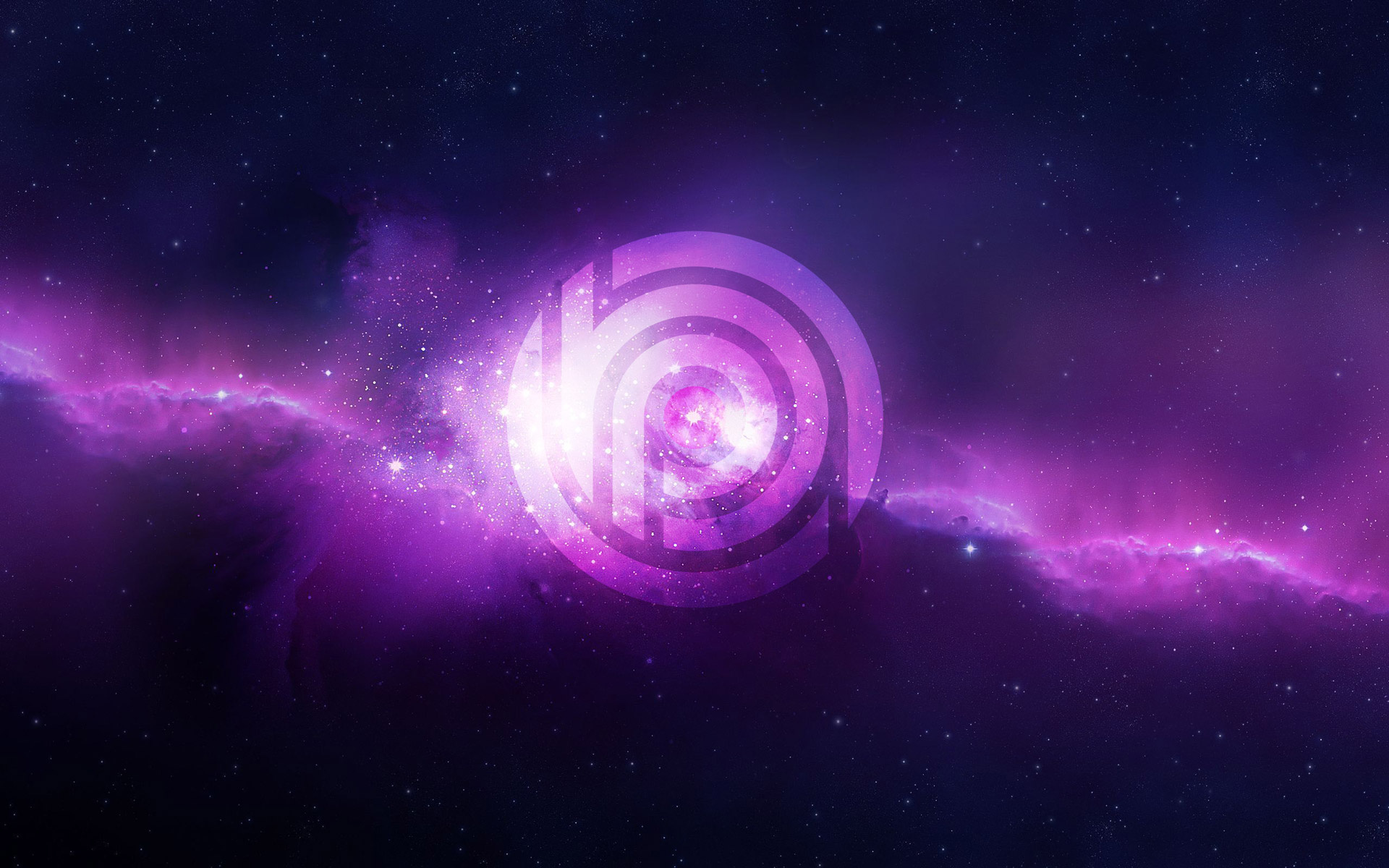 For a while, we were working to design a new major version of the ASP.NET Boilerplate framework. Now, it’s time to share it with the community. We are too excited and we believe that you are too.

We have created a startup template. You can just create a new project from abp.io/Templates and start your development. For more information, visit abp.io.

Why A Complete Rewrite?

Why we spent our valuable time to rewrite it from scratch instead of incremental changes and improvements. Why?

When we first introduced the ABP framework, it was 2013 (5 years ago)! There was no .Net Core & ASP.NET Core and there was no Angular2+. They were all developed from scratch after ABP’s release.

ASP.NET Core introduced many built-in solutions (extension libraries) for dependency injection, logging, caching, localization, configuration and so on. These are actually independent from the ASP.NET Core and usable for any type of application.

We were using 3rd-party libraries and our own solutions for these requirements. We immediately integrated to ASP.NET Core features once they were released. But that was an integration, instead of building the ABP framework on top of these extension libraries. For instance, current ASP.NET Boilerplate still depends on Castle Windsor for dependency injection even it’s integrated to ASP.NET Core’s DI system.

We wanted to depend on these new extension libraries instead of 3rd-party and custom solutions and this changes fundamental structures of the framework.

While current ABP is already modular itself and consists of dozens of packages, we still wanted to split the functionalities to more fine grained nuget packages.

For example, the core Abp package contains many features like DDD classes, auditing, authorization, background jobs, event bus, json serialization, localization, multi-tenancy, threading, timing and so on… We wanted to split all these functionality into their own packages and make them optional.

These legacy technologies are maintained by Microsoft but no new feature is being added. So, if you are still using these technologies, you can continue with the current ASP.NET Boilerplate framework. We will continue to maintain it, fix bugs and will add new features.

Dropping support for these legacy libraries will improve our development speed (since we currently duplicate our work for some features) and concentrate on the .Net Core & ASP.NET Core.

We have learnt much from the community and had experience of developing the current ASP.NET Boilerplate framework. New ABP framework has significant and exciting goals.

The first goal is to provide a good infrastructure to develop application modules. We think a module as a set of application features with its own database, its own entities, services, APIs, UI pages, components and so on.

We will create a module market which will contain free & paid application modules. You will also be able to publish your own modules on the market. More information will be coming soon.

We are designing the new ABP framework to be ready to develop microservices and communicate them to each other.

We are designing application modules so that they can be separately deployable as microservices or they can be embedded into a monolithic application.

We are creating a specification / best practice documentation for that.

The new ABP framework will provide a theming infrastructure based on the latest Twitter Bootstrap 4.x. We developed a basic theme that only uses the plain Bootstrap 4.x styling. It’s free and open source. We are also developing premium & paid themes.

UI Composition is one of the main goals. For this purpose, theme system will provide menus, toolbars and other extensible areas to allow other modules to contribute.

We embrace the MongoDB as a first-class citizen database and designing entities and repositories without any relational database or ORM assumption.

In this section, I will introduce some exciting new features of the new ABP framework.

We are creating a library to wrap twitter bootstrap 4.x elements/components into tag helpers. Example: 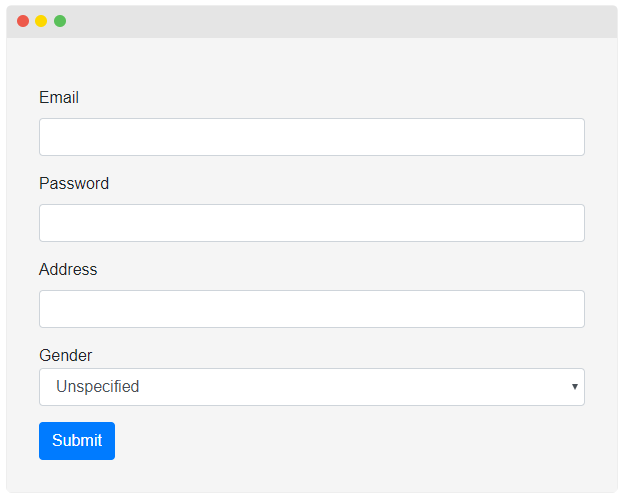 It currently supports most used input types and more in the development.

Virtual File System allows you to embed views, pages, components, javascript, css, json and other type of files into your module assembly/package (dll) and use your assembly in any application. Your virtual files behave just like physical files in the containing application with complete ASP.NET Core Integration.

Read more about the Virtual File System and see its documentation.

Dynamic bundling & minification system works on the virtual file system and allows modules to create, modify and contribute to bundles in a modular, dynamic and powerful way. An example:

This code creates a new style bundle on the fly by including bootstrap (and its dependencies if there are) and two more css files. These files are bundled & minified on production environment, but will be added individually on the development environment.

See the documentation for more.

In current ABP, there is an IEventBus service to trigger and handle events inside the application. In addition to this local event bus, we are creating a distributed event bus abstraction (and RabbitMQ integration) to implement distributed messaging patterns.

All the stuffs mentioned above are already in development. However, we haven’t started some concepts yet.

We designed the new framework SPAs in mind. However, we haven’t tried it with any SPA framework and we haven’t prepared a startup template for it yet.

What About ASP.NET Boilerplate (Current Version) and ASP.NET Zero?

We have dedicated development & support teams actively working on the ASP.NET Boilerplate and ASP.NET Zero projects. These projects have a big community and we are also getting contributions from the community.

We will continue to make enhancements, add new features and fix bugs for these projects for a long time. So, you can safely continue to use them.

No, not yet. Our first goal is to make fundamental features stable then incrementally complete other features.

We currently define it experimental. But we hope that this will not continue for a long time. We can not declare a date yet, follow our releases.

New ABP framework will start with v1.0 instead of following current ASP.NET Boilerplate's version to reflect the fact that it’s a rewrite.

Which One Should I Start With?

If you are creating a new project, we suggest to continue with the current ASP.NET Boilerplate framework since it’s very mature, feature rich and production ready.

If you are open to breaking changes and want to have experience on the new framework, you can start with the new ABP. We don’t suggest it yet for projects with close deadlines and go to the production in a short term.

Just like the current ABP framework, the new framework is available for your contribution.

this post is for about 1 years ago. is abp ready for production projects ? i mean can we use abp in our enterprise applications or it is not ready yet?

@zafari.core, Since the last year, we came a long way. You can see the increased development over the past year https://github.com/abpframework/abp/graphs/contributors It's production-ready now. You can use ABP inner at peace at your enterprise line of business applications.

Any update on a proposed release date for v1.0?

It's great, and when the v1.0 will be released possibility?

Is it ready to real projects?

Not yet. It's still preview.

I am expect of official version .

I would love to see in vNext a strategy for implementing Integrated Windows Authentication. It is possible with the current version but not easy or smooth going. - Thanks JB

Auth is one of the top stuff we are working on as we have seen most customization requirement is about it. We will work on that too.

Thanks for detailed explanation. Can we ran ASP.NET Zero side by side with abp.io. For example, we love Dynamic Forms concept or MongoDB integration. Thanks.

Currently there's no such a plan to use current AspNet Zero with the new Abp.io.

Will there be additional template(s) for the new Razor Pages?

Looks awesome. But my biggest question is. For us Asp.Net Zero users what does this mean for the future of our license? How does this affect us?

Short answer: It does not effect you. ASP.NET Zero is not going anywhere. We will continue to improve it. Longer: Both projects have their own dedicated development and support teams now. Once the ABP vNext become mature, we will create an ASP.NET Zero alternative on top of it. It will have different licensing and development model. Then we will provide both options to customers (current aspnet zero and aspnet zero vnext) in parallel for a while (because current aspnet zero has its own advantages). Licensing model is not clear yet, but we will provide a way to existing customers to move to aspnet zero vnext (probably without additional costs). So, you can safely develop your project based on aspnet zero. you will get improvements, bug fixes and support.

Thank you for the explanation. I have been following the repo on GitHub and am excited by what I see. I look forward to watching it mature into its first release and to see what happens with the next ASP.Net Zero vNext version. I would for sure want to upgrade to that. Will you guys be putting out some documentation on some upgrading tips and tricks?

Yes, we will create a migration guide. It will not be a 'step by step' guide, but will explain differences and migration paths.