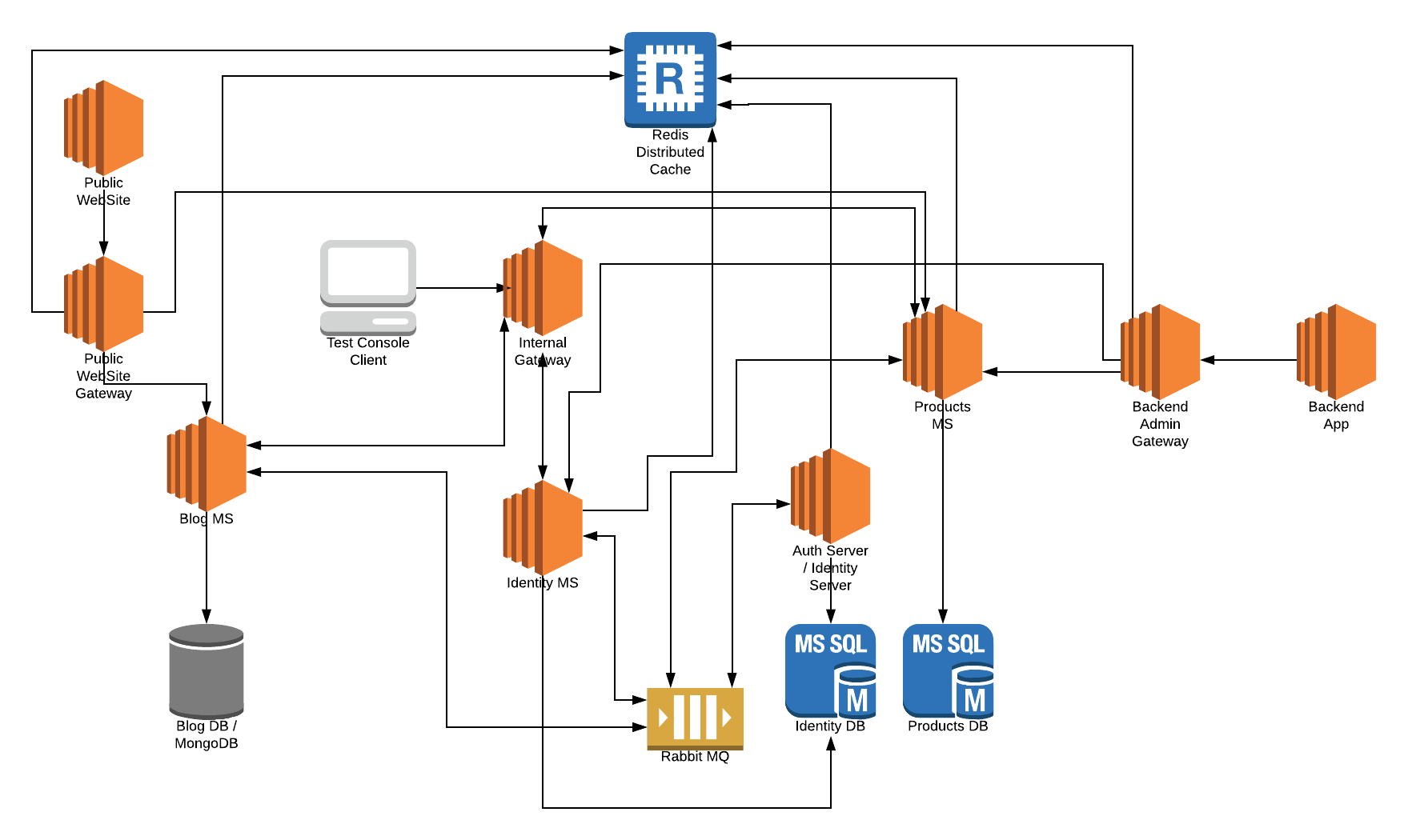 After the first announcement on the ABP vNext, we have a lot of improvements on the codebase (1100+ commits on the GitHub repository). We've created features, samples, documentation and much more. In this post, I want to inform you about some news and the status of the project.

One of the major goals of the ABP framework is to provide a convenient infrastructure to create microservice solutions.

See its documentation for a detailed explanation of the solution.

We've worked on so many features including distributed event bus (with RabbitMQ integration), IdentityServer4 integration and enhancements for almost all features. We are continuously refactoring and adding tests to make the framework more stable and production ready. It is rapidly growing.

There are still too much work to be done before the first stable release (v1.0). You can see prioritized backlog items on the GitHub repo.

According to our estimation, we have planned to release v1.0 in Q2 of 2019 (probably in May or June). So, not too much time to wait. We are also very excited for the first stable release.

We will also work on the documentation since it is far from complete now.

First release may not include a SPA template. However, we want to prepare a simple one if it can be possible. Haven't decided yet about the SPA framework. Alternatives: Angular, React and Blazor. Please write your thought as a comment to this post.

There is a big ABP community in China. They have created a Chinese version of the abp.io web site: https://cn.abp.io/ They are keeping it up to date. Thanks to the Chinese developers and especially to Liming Ma.

It was a pleasure to be in NDC {London} 2019 as a partner. We've talked to many developers about the current ASP.NET Boilerplate and the ABP vNext and we got good feedbacks.

We also had a chance to talk with Scott Hanselman and Jon Galloway. They visited our booth and we talked about the ideas for ABP vNext. They liked features, approaches and the goal of new ABP framework. See some photos and comments on twitter: 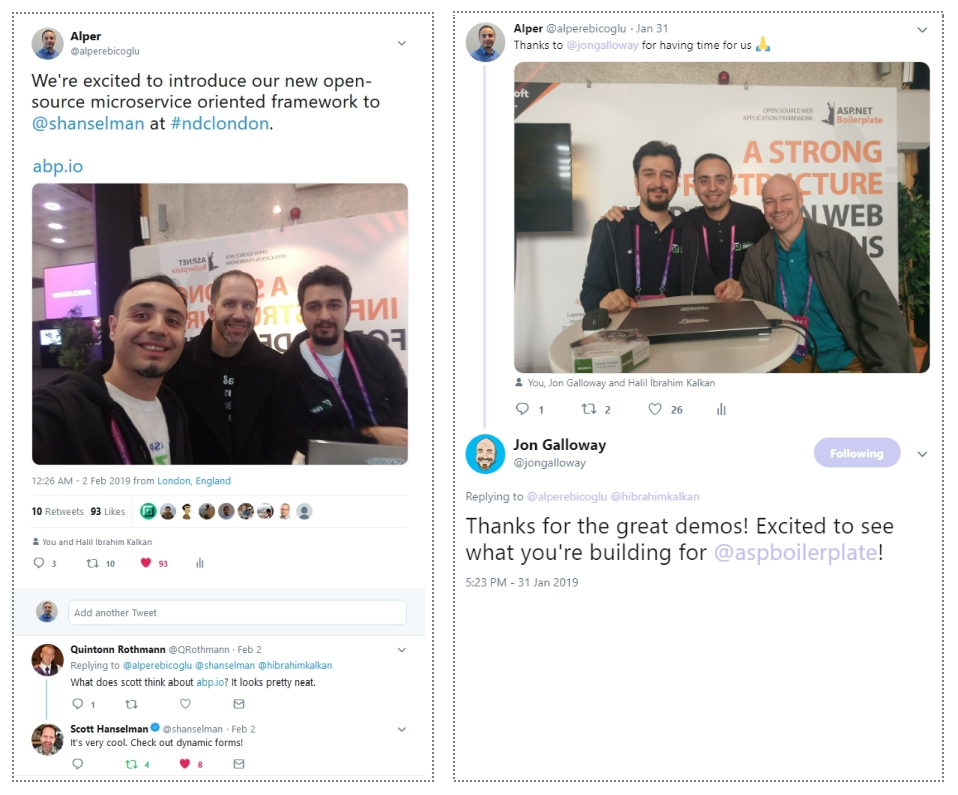 Great work guys. I am eagerly awaiting the 1.0 release. Angular or Blazor would be my framework of choice

Blazor without any doubt

I would like to see Blazor as template because I want to use less javascript) And of course I believe Blazor will has a great future.

It's an amazing project. I am new for the Abp. After I downloaded the source code, I cannot find the asp.net core mvc related styles. For example, I cannot find the route, the controller files .etc. Sorry, maybe I am newer for it. If you are a pleasure, could you please descript it. Thanks so much. :)

When will the final production ready version be available. am excited to get going on this. was planning to ASP .NET Zero, however seeing this coming want to wait now. My main requirement is microservices based framework and wanted to know if you have worked out some demo on multitenancy and roles based authorization and authentication on microservices architecture.

thank for all your works,it's great . angular and react will be welcome

Hi hikalkan, i'm getting trouble compiling microservices demo from VS2017 || VS2019. but there is no exception error via dotnet cli. here is the ss https://ibb.co/bBVQS4R

It is now documented: https://abp.io/documents/abp/latest/Samples/Microservice-Demo

must be Angular or Blazor :)

I am waiting for it, hoping to release the official version soon

Great work guys. Blazor would be my framework choice.

Hi guys, congratulations for the fantastic work. I would like to see a simple Multitenancy subdomain sample.and for the next template Blazor is my choice. Greetings from Brazil

Thank you Marcelo. You can check the document (https://abp.io/documents/abp/latest/Multi-Tenancy) but not completed yet. Will create more samples and use cases.

I would like to see Angular, React and Blazor. But if we can't get all of them my vote is for Angular since I have heavily invested in ASP.NET Zero Angular version.

Angular or Blazor . Excited to see Multitenancy on microservice :):)

Will work on "multitenancy on microservice".